Artists Are Getting Left Out of Music’s ‘Coming Out’ Moment

As musicians openly embrace their sexual and gender identities, some say there’s still a price for going public. 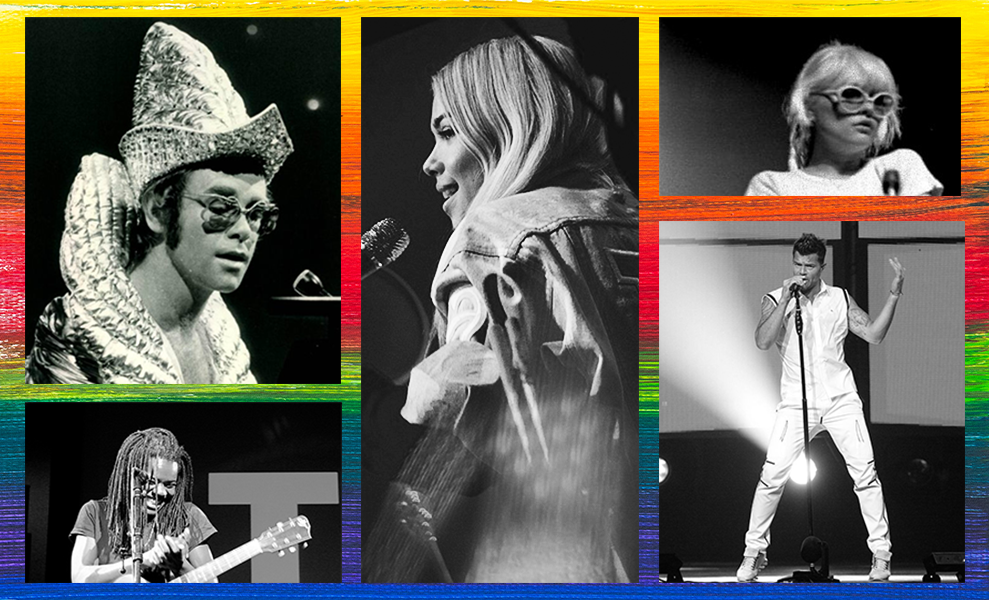 When alternative-pop-soul artist Trumpet Wom’ first picked up an instrument at 10, she wasn’t a natural, but she was relentlessly dedicated.

“I was by no means the best when I started — probably the worst — but I was always the hardest worker,” the black singer, songwriter, composer and producer said of her early days of playing.

She would spend the next decade perfecting her skills at summer camps and through private lessons before earning a degree in trumpet performance. By the time she embarked on her solo career, music wasn’t just something she did. It was a full expression of who she was, including her sexuality.

“I started doing it mainly to help myself be more comfortable with who I am,” the artist said about her decision to reference her lesbianism in her music. “Coming out to my parents was horrendous [and] I simultaneously dropped my first album some months after that. I needed to hear myself sing about women romantically to boost my self-confidence and pride. I still do.”

The gay anthem is not new to music. Neither are subtle references to queerness, which can appear in everything from a song’s lyrical innuendo to a composition’s arrangement. But over the last half-decade, pop has had a serious coming out moment. LGBTQ artists aren’t just empowered to share their identities; they’re actively weaving them into their music videos and stage performances.

Yet, as some popular musicians find professional success in embracing their sexual and gender identities, others outside the mainstream like Trumpet Wom’ say they’re still facing discrimination for it.

The Philadelphia-based performer, who has worked with Grammy-winning producers, writes songs that include gender-neutral pronouns or are explicitly about her experience as a black lesbian. Doing that, she says, has “had mostly a negative effect” on her career, costing her press, radio and bookings.

“Sometimes I see people with less experience, originality or music skills easily booking venues and getting press that I’ve tried over and over to get responses from to no avail,” Trumpet Wom’ said. “Whether explicitly said or not, I think people judging if it’s a good idea to work with you based on your identity is still a major part of the music industry.”

Jodie Taylor, author of “Playing it Queer: Popular Music, Identity and Queer World-making,” says that since the 1969 Stonewall riots, the industry and public have progressed in their acceptance of LGBTQ musicians. But that journey has been complicated.

The embracement or rejection of an LGBTQ artist can depend on the musician’s label, fans, prominence, timing, genre and even which branch of the LGBTQ community they belong to.

“The viability of being out depends on the market that you’re in,” Taylor said. “It depends on what commodity you’re selling. So, you’ve still got genres of popular music with massive demographics and audiences who don’t have any openly gay artists.”

In the shadow of federally supported campaigns to restrict the rights, privacy, employment, health care and even public congregation of LGBTQ Americans between the ’40s and ’60s, coming out for musicians before Stonewall could mean anything from “career death” to arrest, Taylor said. But as post-Stonewall activism shifted laws and public perception, longstanding cultural and economic dynamics became determinants in who could “go public.”

“The narrative around coming out for gay men, particularly in the late ’70s and early ’80s, was tainted by the stigma of HIV,” Taylor said. “And artists like Melissa Etheridge or Tracy Chapman, who didn’t have the same notoriety as someone like Elton John, weren’t necessarily risking as much financially.”

While white gay musicians have dominated historical discussions around coming out, Taylor notes that LBTQ women have disproportionately faced underrepresentation and often increased sexualization. They’ve also been more frequently questioned, as Lady Gaga and Miley Cyrus have been, about how “real” their sexuality is.

Meanwhile, for LGBTQ musicians of color, the combination of racial and gay discrimination kept certain mainstream doors closed, despite defining influential genres like house, disco and bounce. In the meantime, windows were opened for their artistic aesthetic and sound to be commodified by more “palatable” artists — often white or cisgender, a term used to describe someone whose gender identity matches their sex assigned at birth.

Beyonce was sued in 2017 over her use of late New Orleans bounce artist Messy Mya’s voice and words in “Formation,” while Madonna has long been criticized for failing to attribute voguing — a dance element of New York’s underground drag culture— to its queer black origins.

Beyond gender and racial politics, genres themselves can also serve as a hurdle to coming out.

“The entire pop music machine that NSYNC’s Lance Bass was a part of is predicated on selling artists as potential love interests to teenage girls,” Taylor said. “If you’re selling heterosexual romance in your songs, then [coming out] can still be problematic. Just look at Ricky Martin.”

Trumpet Wom’ acknowledges that she hasn’t experienced any blatant discrimination and that her music doesn’t comfortably fit into the genres of hip-hop and rhythm and blues, but experience has shown that if she wants “genuine, long-lasting” fan support or radio play, she’s less likely to get it from the black or straight music community.

“Even when [musicians] get to move forward, they move forward in a way that is often sanitized,” Taylor said. “It’s still problematic for most queers who aren’t middle-class white people to come out in most genres of mainstream music.”

Abeni Jones, a multiracial black trans woman and LGBTQ music columnist, said that when she began publishing her monthly music roundup a year ago, she had to search “high and low” for LGBTQ artists to include. Now, so much is available she can be selective about what she features.

Still, Jones is not sure how much has changed since Stonewall, other than artists being a bit more diverse and the internet making it easier to find LGBTQ musicians who have always been around. The industry has and continues to be primarily built around monetizing one portion of the LGBTQ community, Jones says.

“Cis white gay men, especially, are a huge economic bloc, and most of what we’ve seen marketed as ‘LGBTQ’ music is marketed to them and what they desire — usually club-ready dance pop,” Jones said. “The greatest gay icon of all time? Madonna, a straight skinny cis white woman. And today’s gay icons? Lady Gaga, Kesha, Britney Spears.”

Jones points to the lists of LGBTQ music that often recycle “the same pop singers that cis gay men love” as evidence. These lists can even feature songs from non-LGBTQ artists, like straight rapper Macklemore, whose political hip-hop track “Same Love” has been criticized for poor lyrical execution of its messages about homosexuality and acceptance. 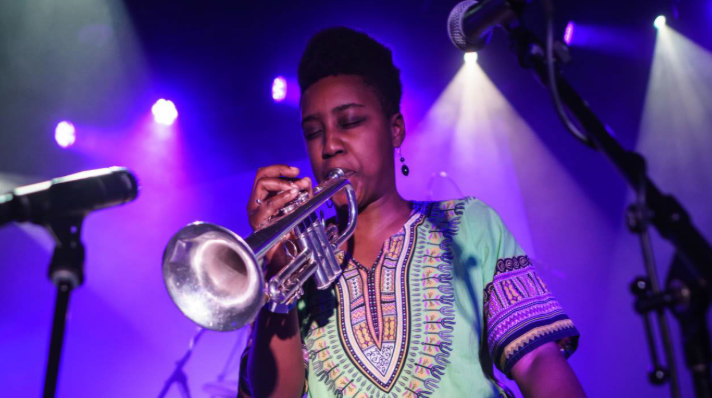 Despite these conditions, T-Wom’ said she’ll continue to write lyrics about her black lesbian identity, regardless of the response. For her, it’s an act self-expression, a rebuke of homophobia and a way to encourage others to be comfortable with who they are.

“I think it’s critical to be public about LGBTQ identity or any other identity. It brings inner peace and lets others know they are not alone and it’s OK to be themselves,” said T-Wom.’

She added: “But I do understand the reluctance to be honest about it as it does seem to affect the trajectory of one’s career.”