The NCAA has made several efforts toward creating inclusive policies; however, more work is needed for LGBTQ athletes to feel accepted. 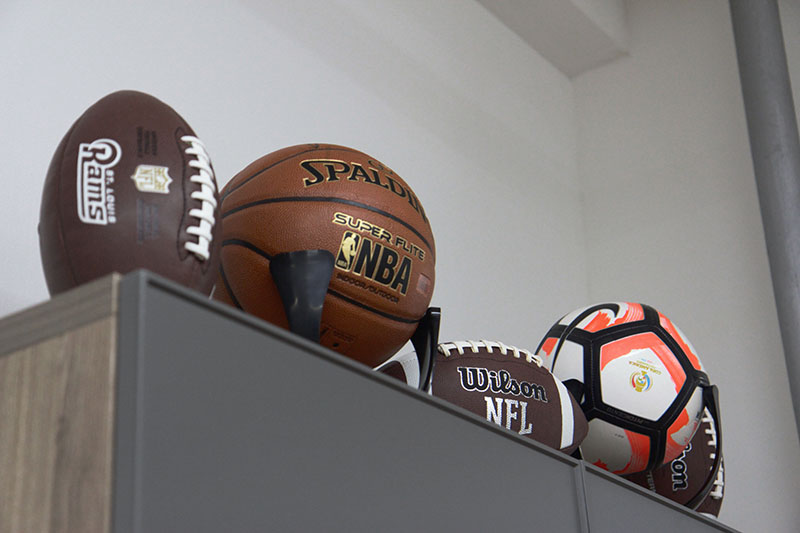 Jacob Van Ittersum, a Northwood University football player, was on his way to a date with a guy. When his parents questioned his whereabouts,  he decided he didn’t want to keep secrets anymore.

Worried primarily about the reaction and acceptance from his conservative school and sports team, he sent out a tweet in May 2018. It read: “I, Jacob Van Ittersum, am bisexual.”

As little as I think this means I feel like it will relieve a lot of my stress. I have spent years trying to say this, but now I think I am ready to. I, Jacob Van Ittersum, am bisexual.

“You build a bond with a lot of guys, and you don’t want to break that bond if they have different ideals,” said Van Ittersum. “I’m lucky because everyone’s sort of embraced me with open arms. I’m still just their teammate.”

Van Ittersum is among collegiate student-athletes who say they are starting to feel accepted on their sports teams regardless of their sexuality. Following several lawsuits and controversies surrounding discrimination of LGBTQ athletes, the National Collegiate Athletic Association has created more policies and guidelines, explicitly detailed to support the LGBTQ members of its sports community.

There have been critical milestones for creating inclusive and anti-discriminatory sports environments. In 1972, Title IX of the Education Amendments Act was passed, ensuring that no one can be subjected to discrimination under educational programs or activities on the basis of sex.

In 2003, the NCAA initiated a free “sexual orientation issues in sports” training program for member schools, and in 2011, it announced policies that promote transgender inclusion.

To assist in some of these changes, the NCAA has partnered with Athlete Ally, a nonprofit that works to end homophobia and transphobia in a sports environment. LGBTQ youth are about half as likely to participate in school-based sports as their heterosexual counterparts, according to the Journal of Sport and Health Science. Hudson Taylor, Athlete Ally executive director and former University of Maryland wrestler, said he’s looking to change this sports culture.

In 2012 the NCAA and Athlete Ally co-authored Champions of Respect, a guidebook for LGBTQ-inclusive policies and safe environments for athletes, fans and personnel.

With the NCAA’s progressions toward the inclusion of LGBTQ student-athletes, there are gray areas for enforcement because of a variety of state laws across the country, more so for transgender athletes. For example, California law states that transgender athletes can compete based solely on their gender identity. However, Texas law requires students to participate in sports based on the gender and sex they were assigned at birth.

“We see a lot of variants in how inclusive the climate is based on where geographically we’re talking about,” said Taylor. “There are a lot of states that are trying to restrict access for transgender people in restrooms and locker rooms. It’s really unclear what the line is for the NCAA depending on the state and city policies.”

The NCAA has avoided holding events in states that have anti-LGBTQ laws in place. In September 2016, the NCAA relocated seven of its championship events from North Carolina following the state’s law that required transgender people to use restrooms according to their assigned sex.

In 2017 alone, 11 states proposed anti-LGBTQ legislation challenging the rights of transgender people to exist and access facilities in public spaces. With state laws varying across the country, the NCAA has found it challenging to enforce all of its new policies to benefit all athletes.

“It’s really unclear what the line is for the NCAA or for their member institutions, where they will and won’t go, depending on the state and city policies,” said Taylor. “So, that’s why we’re working very closely with them, trying to help them come to a conclusion on what that policy is.”

Despite those inclusion efforts, only 1% of people of all sexual orientations and gender identities believe LGBTQ people are entirely accepted in sports, according to an Athlete Ally study of nearly 10,000 participants. However, more athletes are coming out at the collegiate level and having predominantly positive experiences.

“Your athletic ability has nothing to do with your sexuality,” said Van Ittersum. “We just need a more progressive mindset in society, and the culture of sports is definitely changing for the better.”